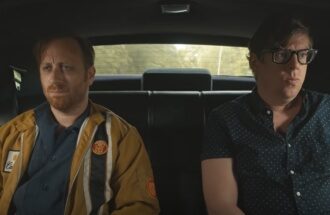 Akron, OH, in the heart of the heartland, once the “Rubber Capital of The World,” has a permanent place in Rock & Roll history:  it was an early stop for DJ Alan Freed, and is home town to Devo, The Outsiders (“Time Won’t Let Me”), Music Explosion (“Little Bit Of Soul”), Chrissie Hynde of The Pretenders, and, more recently, the Black Keys’ Dan Auerbach and Patrick Carney, Akron natives, and childhood friends.

“Go,” the Black Keys newest, is hard driving, heartland American Rock & Roll, as is “Middle of the Road” (1983) by the The Pretenders” — we can’t say it’s the Akron connection, however, we’re linking these two songs just the same… as examples of gritty, rootsy, American rock.

“Go” ranks  #7 the on Adult Alt  chart and # 24 on Alternative,  gaining in both formats.   It’s the  first song from “Let’s Rock,” the Black Keys latest album, their first in five years.

Based on the the Black Keys track record, expect “Go” to be one of this year’s songs of summer.

Video trivia: WAKR is playing on the radio inside the limo..that’s where Alan Freed worked before he became “Mr. Rock & Roll.”

About the photo below:  Apparently, the two band-mates haven’t spoken to each other in five years, thus, the distance between them.