“Where Have All the Flowers Gone” 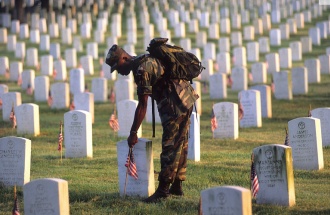 Today is Memorial Day, when the United States formally honors and remembers soldiers who died while at war.

Originally known as “Decoration Day,” the holiday included only those who died while fighting in the Civil War, but the name has evolved to include American military personnel who died in all wars, including World Wars I and II, The Vietnam War, The Korean War and the wars in Iraq and Afghanistan.

Today we remember and honor those who sacrificed all.