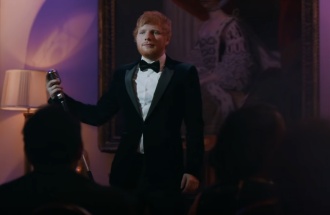 Today,  the Latin influence is much more in your face (think Sunday’s Super Bowl half time show with JLo and Shakira), and while not quite that combusted, Ed Sheeran’s newest, “South Of The Border,” co-written and performed with Camilla Cabello and Cardi B,  turns the heat way up.

Like “Suavacito,” “South of the Border “also oozes sexual desire and attraction, and, despite its tougher and rougher delivery, it retains the mellow Latin vibe.