“I Think We’re Alone Now:” A Song for the Times 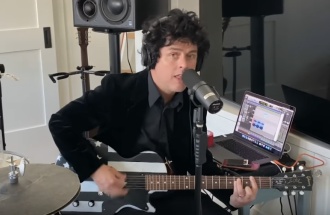 In 1967, the lyrics to Tommy James & The Shondells  hit  “I Think We’re Alone Now” were considered so risque, and incited so much controversy, that some radio stations only aired it late in the day; others refused to play it at all.  Such were the mores of the day.

Twenty-years later, 15 y/o Tiffany covered the song and took it to #1, introducing it to a new generation of teens, without controversy.  The lyrics stayed the same but the culture around it had changed. . .

…and here it is again–Green Day’s Billie Joe Armstrong’s version is hitting our collective sweet spot as millions of us self isolate and give being “alone now” a whole new context.

Though not an official record release, Adult Top 40 and Alternative radio are airing Armstrong’s Youtube version, fans are embracing it, and introducing the song to yet another generation.