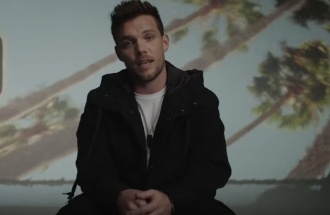 Is there any one of us who hasn’t, at some time, looked back and wondered “what if,” as in “What If We Never Met,” singer/songwriter John. k’s soft ballad that questions his life’s direction had he not met that special someone.

If we never met
I’d be drunk, waking up in someone else’s bed
I’d be lost in a crowded room of fake friends
I wouldn’t even know  what love is

In 1971, singer/songwriter/producer/instrumentalist David Gates and his group Bread boiled the same sentiment down to one word:  “If.”

Both songs are mellow and reflective. Bread’s delivery sounds a bit sappy; John. k’s sounds the way men his age sing today, which is hard to describe, but you’ll recognize it when you hear it.  Sort of like Justin Bieber.