How about a shout out for under-rated Tommy James whose unique sound and point of view (aided by The Shondells) is embedded in Boomers brains?

James is 72-y/o, and busy working:  his shows sell out both nationally and internationally, he hosts a weekly show on Sirius/XM radio’s “The 60’s Channel,” he has a new album that drops next month, and he’s got a single out, “So Beautiful.”

Tommy James has had a wild ride, and he tells all in his hilarious, compelling, fascinating, and entertaining 2010 autobiography “Me, the Mob and the Music,” which is is being turned into a film. How James came up with the name Mony is worth both the price of the book and the time it takes to read it. 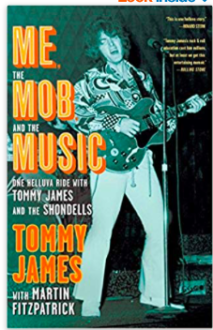